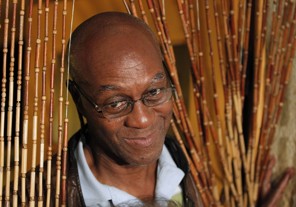 A Portuguese court has denied a U.S. request for the extradition of captured American fugitive George Wright, his lawyer said Thursday.

The U.S. wants Wright returned to serve the rest of his 15- to 30-year jail sentence for a 1962 killing in New Jersey. Wright was captured in Portugal in September after more than four decades on the run.

Ferreira said the judge accepted his arguments that Wright is now Portuguese and that the statute of limitations on the killing had expired. He declined to provide further details, saying he would speak to the media later in the day.

The U.S. Department of Justice, which can appeal the decision to a higher Portuguese court, did not immediately reply to a request for comment.

Portuguese court proceedings for extraditions and many other type of cases are conducted in secrecy with no public access to the proceedings, filings or decisions.

Court officials contacted by telephone Thursday said the only judge who is authorized to divulge details of the ruling, Luis Neves, was traveling outside of Portugal and he did not immediately return a message left with his secretary seeking comment.

Wright spent seven years in a U.S. prison for the New Jersey murder before escaping in 1970, and was on the run for 41 years until his arrest.

Wright has been under house arrest for the past four weeks at his home near Lisbon, wearing an electronic tag that monitors his movements. He had initially been held in a Lisbon jail.

Wright was captured in the seaside village where he has lived since 1993 after authorities matched his fingerprint on a Portuguese identity card to one in the U.S.

Ferreira previously told The AP he would argue Wright is now a Portuguese citizen and should be allowed to serve the remainder of his sentence in Portugal, where his wife and two grown children live.

Wright got Portuguese citizenship through his 1991 marriage to a Portuguese woman and after Guinea-Bissau, a former Portuguese colony in West Africa, gave him the new name of “Jose Luis Jorge dos Santos” complete with fake names for parents and made him a citizen.

The identity from Guinea-Bissau was granted after the country gave Wright political asylum in the 1980s, and that was accepted by Portugal when it granted him citizenship, according to his lawyer.

In 1972, Wright — dressed as a priest and using an alias — hijacked a Delta flight from Detroit to Miami along with others, police say.

After releasing the plane’s 86 other passengers for a $1 million ransom, the hijackers forced the plane to fly to Boston, then to Algeria, where the hijackers sought asylum.

Wright met his future wife, Maria do Rosario Valente, in Lisbon in 1978. The couple moved in the early 1980s to Guinea-Bissau where Wright lived openly using his real name and socialized with U.S. diplomats and embassy personnel who told The AP they were unaware of his past.

His wife also did translation work for years for the U.S. Embassy in Bissau. They lived there until they moved back to Portugal in 1993.

This article is published by Associated Press on November 17, 2011.

We previously discussed the extradition treaty between the United States and Portugal here.

The author of this blog is Douglas McNabb. Please feel free to contact him directly at mcnabb@mcnabbassociates.com or at one of the offices listed above.

This entry was posted on Thursday, November 17th, 2011 at 11:41 am and is filed under International Extradition Attorneys - McNabb Associates. You can follow any responses to this entry through the RSS 2.0 feed. Responses are currently closed, but you can trackback from your own site.